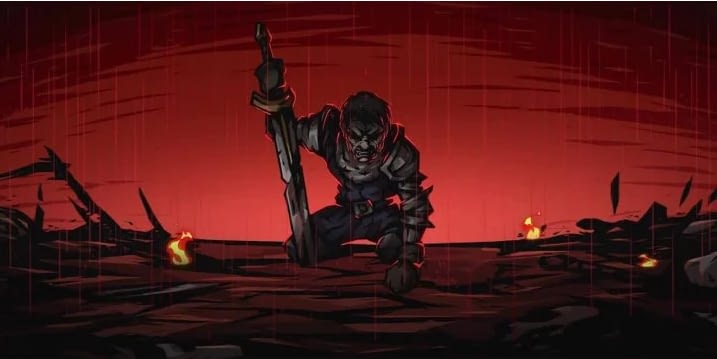 Darkest AFK was the new product of the slot machine game studio Three Wish. They only released the early access version of the game, but it soon received great interest from players and reached 100,000 installs.

Darkest Dungeon is a popular role-playing game from Red Hook Studios, which was released for PC in 2016. I don’t know if there is any connection between this game and Darkest Dungeon, but they look very similar.

Darkest AFK is considered a remake version, but its gameplay is simpler and more interesting. Players will control their characters to fight hordes of monsters to protect the world. But instead of controlling each person and adjusting each action independently for them, now players only tap the screen from time to time to use the special ability. In the rest, the character will move automatically, spot the enemy and fight automatically. This is also a feature of idle games.

Darkest AFK also has a story, and you will discover it sequentially through quests. While the game does not provide a contextual introduction, you will receive alternate waypoints on the long path leading to a great battle with the strongest boss. On this journey, you will meet new characters who can become teammates and fight with you.

Darkest AFK is estimated to have dozens of playable characters. You can choose 3 characters to fight together. And as mentioned, the game has an RPG element, so each character has been elaborately designed. They have their own special abilities and combat abilities. So learn the war you are about to join, the enemies you are about to face to choose the most suitable characters. The system will also show statistics comparing the overall strength between your group and the enemy before starting the battle. If you think your team is weaker, you can balance the members.

Characters can also level up when they gain experience points in battle. Their stats will increase and this will make them much stronger. New character abilities will also be unlocked.

In addition to character development through levels, you can also improve them through equipment. Specifically, each character can carry 4 types of equipment including primary weapon, armor, gloves, and secondary weapon. All equipment brings additional stats such as speed, defense, aggression, strength, precision … For special or upgraded equipment, they will increase the probability of the overall percentage increase. For example, 10% increase in defense or 7% increase in strength. You can find this type of gear while fighting, completing missions or opening special gift bags.

Darkest AFK successfully portrayed a dark and brutal scene destroyed by evil. Characters with a classic look but full of courage. Wild monsters with sharp weapons and teeth. They all combine to create a fierce war of blood and fire.

However, for those who love the crisp 3D graphics background, they might be a little disappointed with the Darkest AFK. Because while the game consists only of 2D images, it doesn’t really stand out in this regard. But with details like character expressions, lighting effects, or color mixing on stage, Darkest AFK can beat many other games of the same genre.