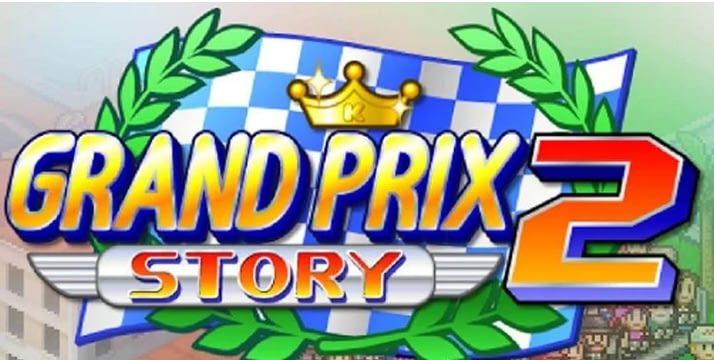 Kairosoft is one of Japan’s leading game developers. They brought games that stick to many people’s childhoods, such as Game Dev Story, Dungeon Village, and Grand Prix Story 2, which I am about to introduce below. The common feature of the games offered by Kairosoft is that they are all designed on the classic Pixel graphics platform. Despite the nostalgia, the games are very special as graphic technology has evolved and has received a lot of love from gamers. Grand Prix Story 2 is the second installment of the Grand Prix Story series. It was launched in mid-2017 and received more than 500,000 installs shortly thereafter.

Like its predecessor, it will continue to build a racing team and set speed records. When you join the game for the first time, you will receive a racing car. But apparently the original car doesn’t work really well, so you may need to update it to make it work better and win city races. The workers will help you with this and all you have to do is find the right person.
On the rival side, they are experienced people. If you want to beat them, you also need an experienced racing team. Accompanied by the tactics and performance of the car. Grand Prix Story 2 includes a vehicle upgrade feature. You need to know what materials you need to perform the process.

Another thing to watch out for is the track. Each competition will be held in a different place. For this reason, the track is different in terms of both material and terrain. So you’d better find out which car will work better.

Compared to the first episode, Grand Prix Story 2 added a lot of new content, so the number of race cars has also increased. There are more than 50 different racing models in the game. They have not only look but also a separate engine and design. They are displayed through statistical indicators such as Speed, Traction, Boost, D-force, Endurance… You can view these detailed measurements by double clicking on the vehicle.

Technical differences lead to differences in proportions and performance in different environments. In fact, the tracks are always changing. For each genre, you must evaluate to choose the most suitable car to compete and win.

In addition, each car has a certain durability. They decrease after each round. Just before the new race starts, you should check the durability of the car and repair it.

Change and upgrade your car

However, most racing cars do not run at full capacity. You will need to improve them and replace parts and components to make them work better. Grand Prix Story 2 also allows you to upgrade your car to improve its overall performance. This process costs money and some resources. You can check resource requirements by visiting a forge.

While Grand Prix Story 2 is just a 2D pixel game, no one seems to complain about it. The background, track and objects in the game are very well designed. Clear lines, impressive characters, harmonious colors and many beautiful locations.

There are dozens of different map types in Grand Prix Story 2. You can explore your racers while waiting for them to compete fiercely with other rivals. Urban slopes, beaches, arctic ice races, suburbs and more.

Get up to speed with nitro

Actually, you will need some help. You will meet skilled opponents in some special stages. They don’t seem to be making mistakes so you have to act fast and pass. Nitro cylinders will accelerate your racing car at 1.5 to 2 times its top speed. However, the nitrous boost time and acceleration depend on the respective statistical scores of the vehicle.