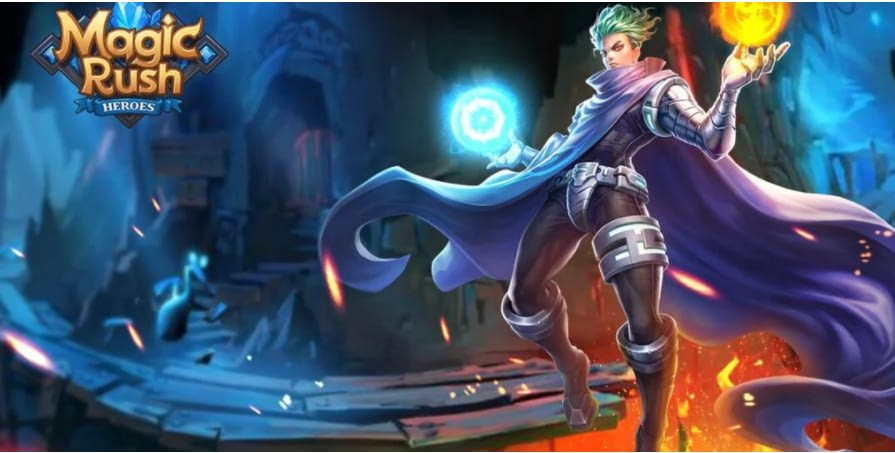 Magic Rush: Heroes was released on May 28, 2015 by publisher Elex, a great combination of RPG, RTS, and tower defense. The game includes beautiful graphics, many levels, multiplayer modes and daily missions with challenging gameplay. Since its release, the publisher has updated the game for the better based on player feedback, so Magic Rush: Heroes has been well received and attracts more and more players from around the world.

Magic Rush: Heroes takes the player on a historical adventure where players will recruit heroes to fight to defend their kingdom. There are many heroes with different abilities in the game, but they are divided into 5 types: shooter, magician, tank, support, and cannon. Depending on the level and individual strength of each hero, you can arrange different positions to win the kingdom. In general, when the cumulative score is enough for your heroes to use special abilities, you often use auto attack, and we can adjust the hero’s ability to reasonably launch his ability to optimize the damage to destroy the enemy.

Depending on each level, each hero can act as a tower to shoot enemies along the way to protect the kingdom in defense stages, or you can organize warriors in battle to fight them. Every time you encounter the final stage, you will get a new wall, plus you can use gold to improve your heroes’ strength and defense or upgrade equipment to buy a new hero. In addition to the various mission systems, players can participate in PvP with other players and win attractive rewards. Try to complete the mission, play the PVP mode for money and upgrade many items.

Magic Rush: Heroes has a 2D graphic design similar to League of Legends, providing developer monster diversity ability, hero’s ability has many nice effects. The sound of the game is nothing special because it is a repetitive song.